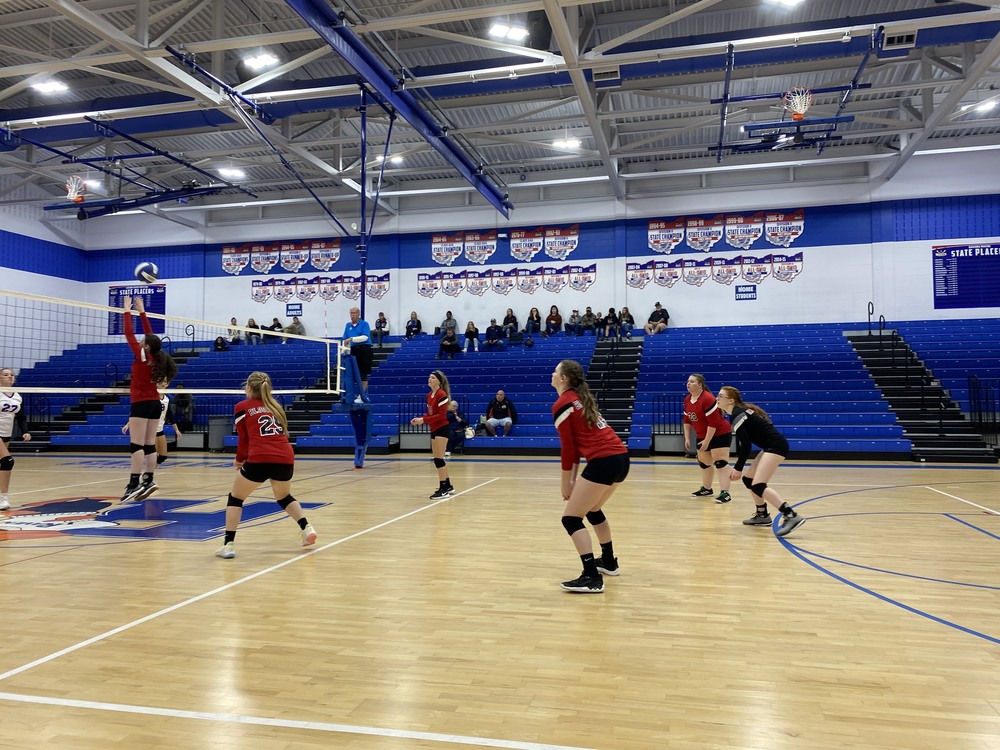 Saturday the Lady Cards travelled to Ravenna to take on the Harvey Raiders and Ravenna Ravens.

The ladies started the afternoon against Harvey. JV looked to redeem themselves from an earlier loss and rose to the occasion in a two set win. Ellie served 10 points and added 2 kills. Sophia had 3 kills and 12 digs. And Bella added 2 aces, 3 kills, and 7 digs. Way to battle ladies!

Varsity also took the win in two sets. Mady had 19 points, 13 aces, and 4 kills. Hannah added 4 more kills and Abigail had 8 digs while Tessa had 7 assists.

Varsity again jumped to a 2 set win, competing the sweep. Nevaeh had 10 points and 5 digs. Hannah added 4 aces and 7 kills. Jenna had 8 points and 5 digs. Tessa had 10 assists and 3 kills. Elise was aggressive at the net adding 2 kills.